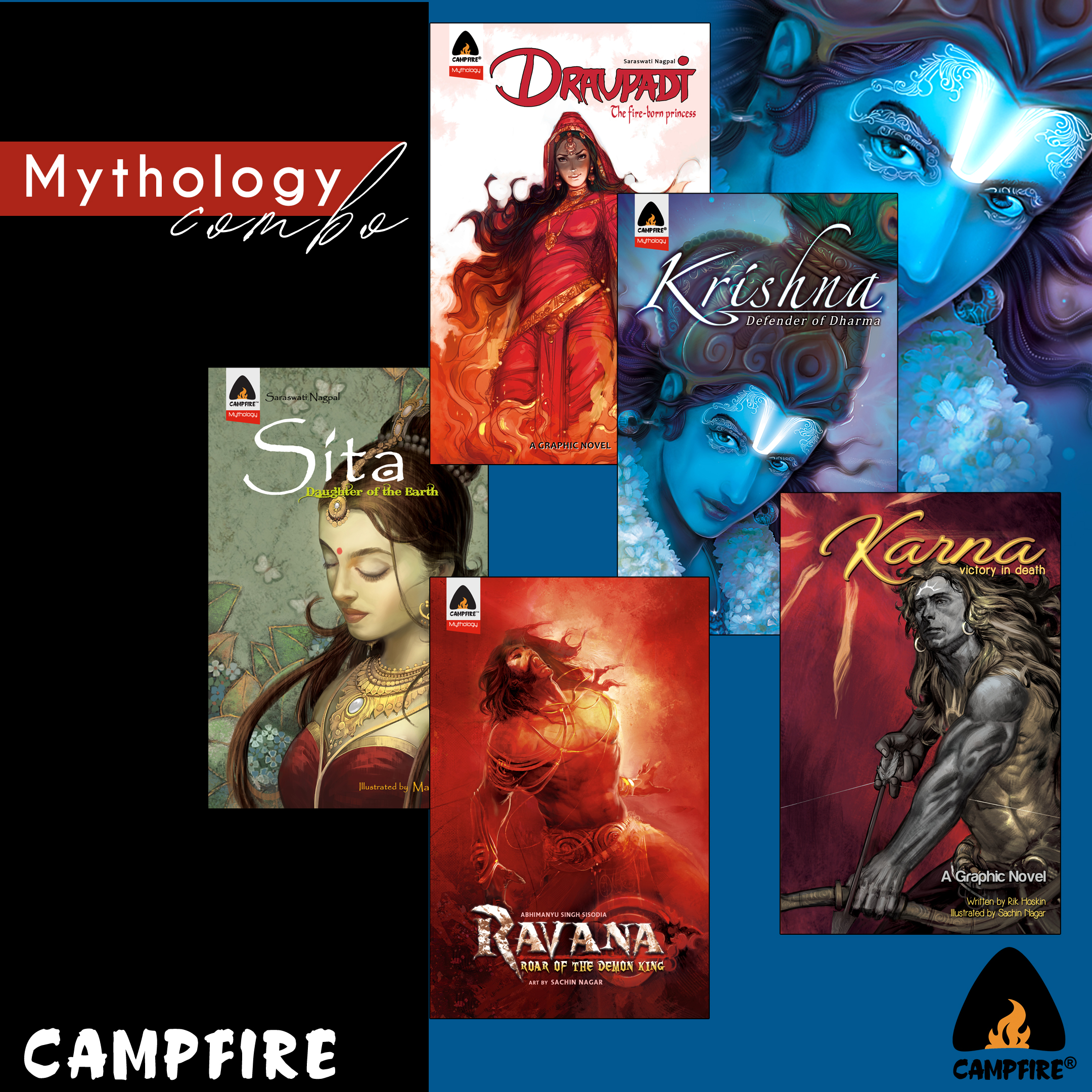 "In an ancient age, when gods and mortals walked the earth together... ...a mysterious prophecy resounds for all to hear, and the bewitchingly beautiful princess Draupadi arises from a sacred fire.

Draupadi is in love with Arjuna, the Pandava prince. But fate weaves a strange story and she finds herself wedded to five men – Arjuna and his four Pandava brothers. Draupadi’s life is complicated further by the Kauravas, her husbands’ envious cousins, who try everything in their power to harm her and the Pandavas.

As Draupadi’s terrible destiny begins to unfold, she is reduced from a majestic queen with five warrior husbands to a servant girl. Evil waits at every corner, and a great war looms ahead. Her only comfort is her friend, Krishna. Will the impulsive Draupadi brave the humiliation destiny has written for her? Must she lose everything she has loved?

Adapted from the ancient Indian epic Mahabharata, this is the story of an astonishingly outspoken woman, abandoned at every turn, and forced to make the difficult choice between revenge and compassion.

Unwanted by his mother, snubbed by his blood-brothers and ridiculed by all, this is the story of the unsung hero of Mahabharata. The graphic novel traces the life-journey of this brave and noble man who became victim to the twists of fate. Loyal to a fault, Karna’s blind devotion to the wicked prince Duryodhana, the one man who accepts him as a friend, leads him to side with the Kauravas and fight against his own brothers in the Battle of Kurukshetra.

In an ancient age, when gods and goddesses walked with mortals... ...Sita is the kind-hearted and intelligent princess of the kingdom of Videha. Married to Rama, prince of Ayodhya, her journey in life takes her from exhilaration to anguish.

Along the way, she has to leave behind the luxury of royal comforts and live the simple, harsh life of a forest dweller where lurking in every shadow is danger.

Ensnared in the evil plans of the wicked demon-king Ravana, Sita is abducted and hidden away in Lanka. Will Rama muster up a strong army to rescue Sita from the demon’s clutches? Will Sita return to Ayodhya to become queen of the land... or is she destined to be mistrusted and live alone for the rest of her life?

Adapted from the ancient Indian epic, the Ramayana, this is a touching tale of love, honour, and sacrifice that reveals one woman’s shining strength in an unforgiving world.

Evil is back on earth, this time in the guise of Kansa, the tyrant king of Mathura. To vanquish him, Lord Vishnu is born again in his eighth avatar – Krishna, defender of dharma. Since his birth, Krishna has to fight evil in the form of monsters, demons, and ogres. But as he grows up, he observes that the real struggle of good against evil pits him not against shape-shifting monsters, but kings, princes, and brave warriors. Will Krishna be able to triumph over the darkness of greed and arrogance that has taken over the land? Will he be able to restore peace and dharma? The tale of Krishna is a journey through awe-inspiring magical lands – the breathtaking forests of Vrindavan, the magical city of Dwarka, and the arid battlefields of Kurukshetra – as he conquers evil through his wisdom and courage to put mankind back on the path to righteousness.

The demon-king Ravana, born of a union between the holiest of mortals and a demon princess, has risen from an obscure beginning at a hermitage to conquer not just hell but heaven too. No less than a god to his own people, he is the sheer embodiment of evil to his enemies. This arrogant demon brooks no hindrance to snatching his heart’s desire, and his terror seems unstoppable to gods and humans alike. But he makes a mistake when he abducts the wife of Lord Rama, the exiled divine ruler of Ayodhya.

Ravana is a story of a demon, who dared to challenge the gods, and almost got away with it. Ravana’s tale is one that will incite awe and fear simultaneously. Whose side was this enigma on, good or evil? The obvious answer seems to be but one: his own. Or was he really? This graphic novel seeks to explore that question, and others. 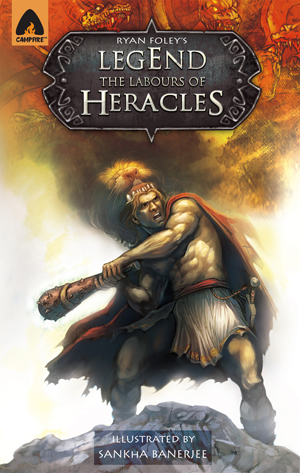 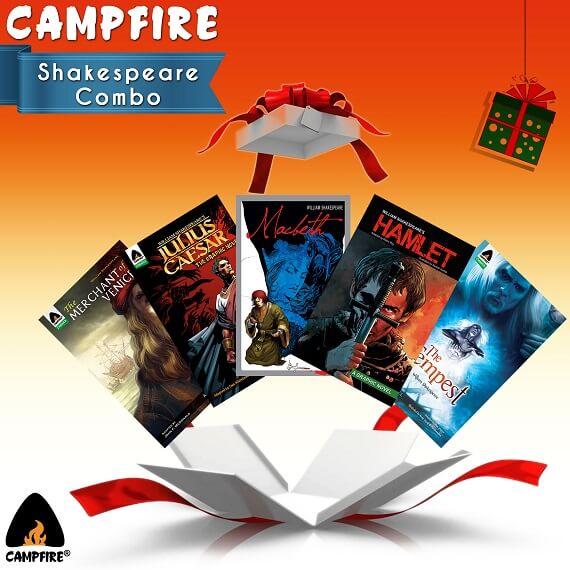 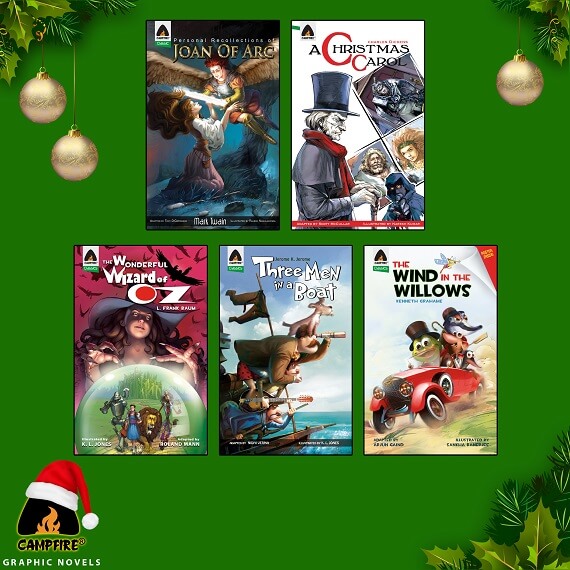 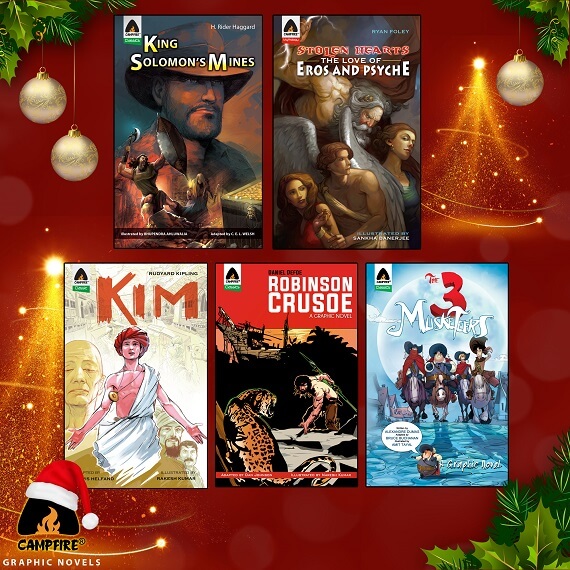